a short film
by Karsten Krause

The archive is a technical apparatus; a place to dissect, prepare, and preserve. Culture needs a place to store and document the things of nature. To document and preserve nature is in need of human culture - a need that is institutionalized in natural history museums and zoological collections.

Karsten Krause visited such „archives of life“ in Stuttgart: at the Staatliches Museum für Naturkunde and the Wilhema, he pointed his camera at the human at appropriation of nature for the propose of gaining insights. Within this framework, he focossed especially on taxidermally stuffed animals and the reconstruction and animation in museum presentations.
It sometimes looks as if the camera had replaced the animal’s extinguished gaze at the human being. Krause directs this gaze towards the work of taxidermists and the post-mortem craft they carry out in the museum workshops, where they counter decay with preservation techniques. The filmmaker studies their actions, and the kill and familiarity with which they handle the dead creatures. Often the focus is entirely on their facial expressions, which speak of concentration, experience, accuracy and dedication as they cut, skin, flay, stuff and mount. The animals are to look as natural, alive and aesthetically appealing as possible for the exhibition in spectacular dioramas. It is there that they make their final appearance alongside other stuffed animals against backgrounds imitating idealized biotopes - and there that they encounter the species that arranged them.
The visitors’ curiosity is mirrored in the panes of the display cases. Amazed off-screen whispers are heared. The wild is viewed and marvelled at as an art product that, although based on human phantasms, nevertheless continues to resist its object status. The video thus revolves primarily around the contradiction between scientific neutrality and creative interpretation, but also around the pleasure researchers, museums and visitors derive from the imagination. 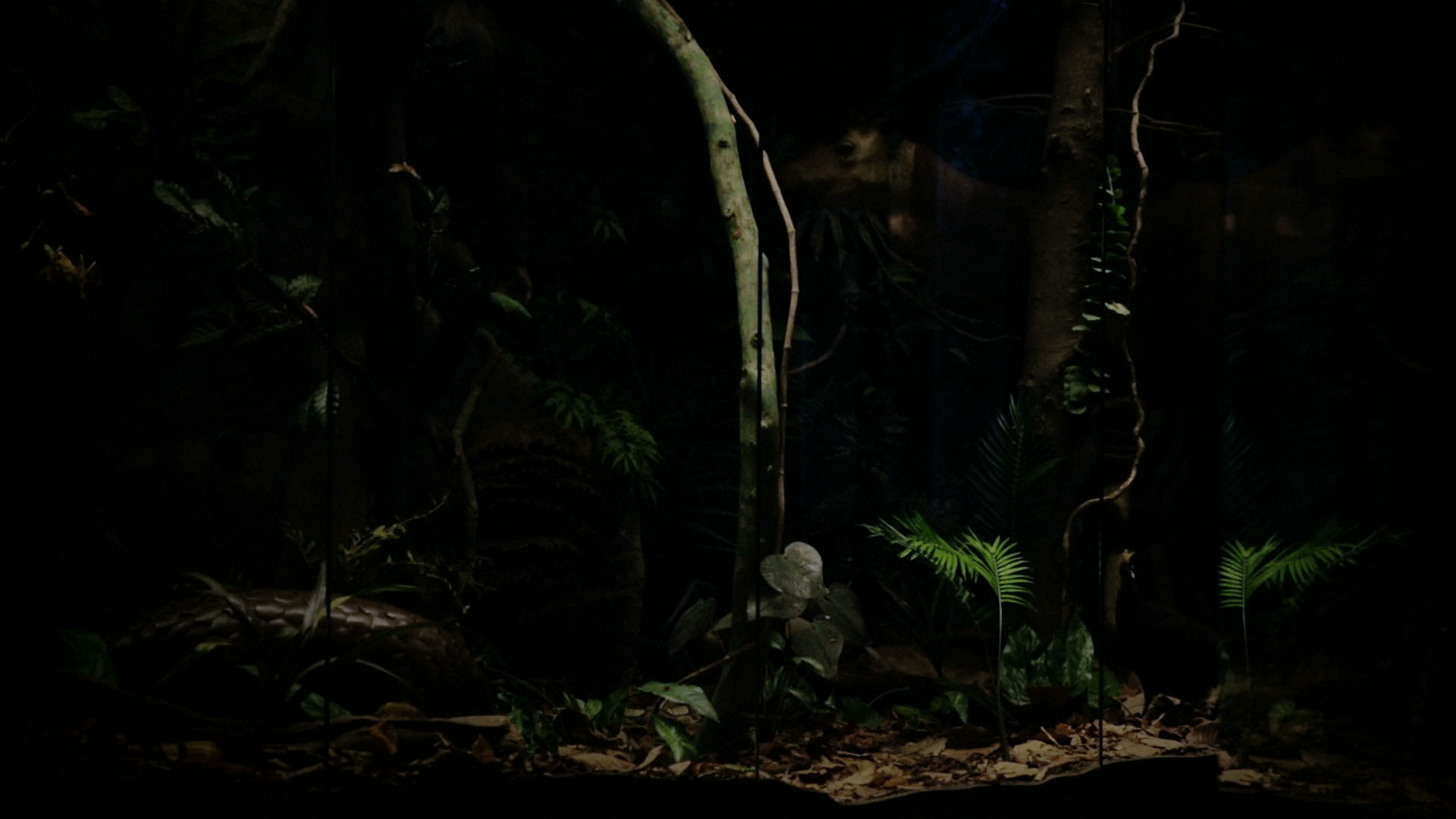 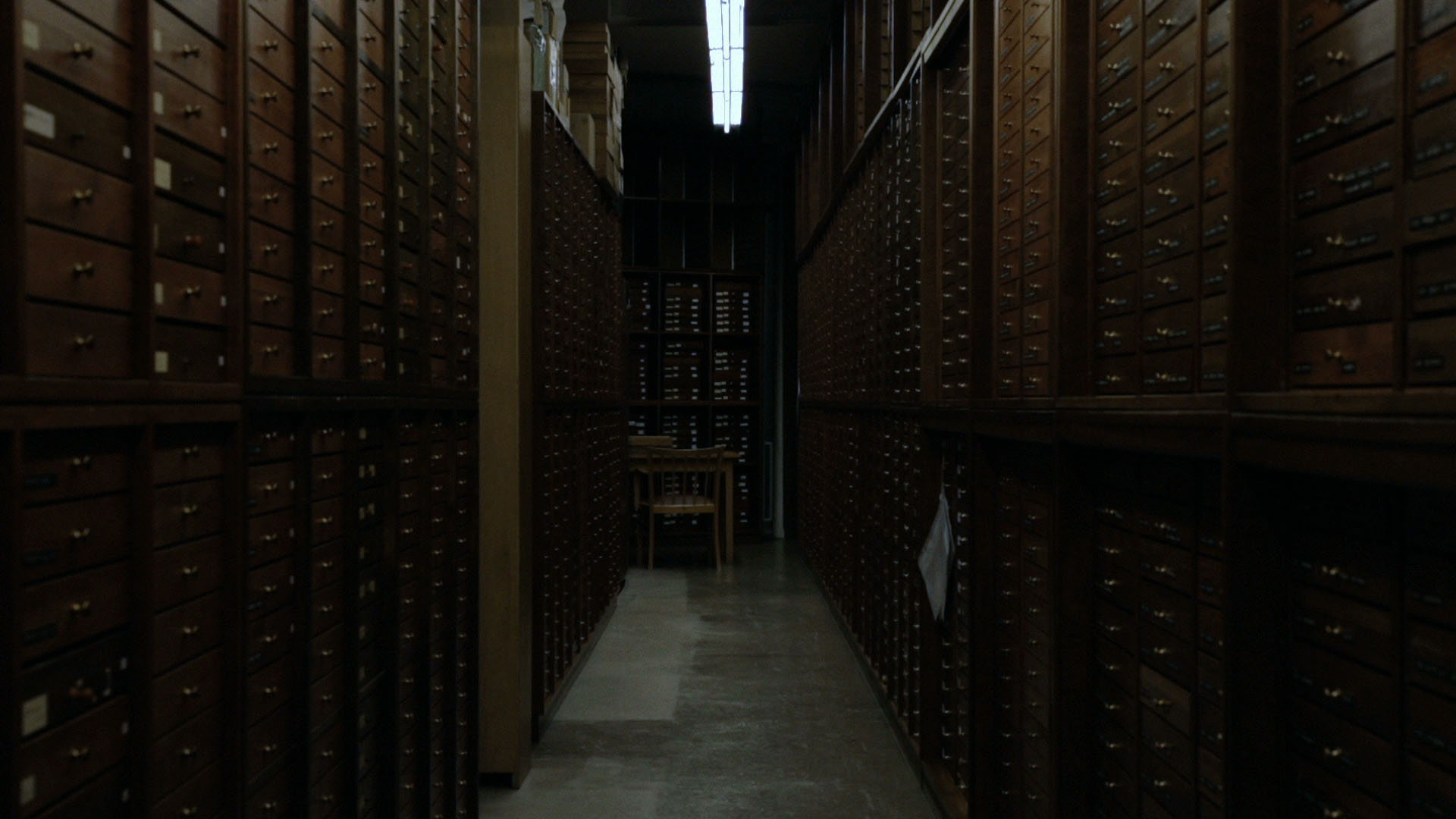 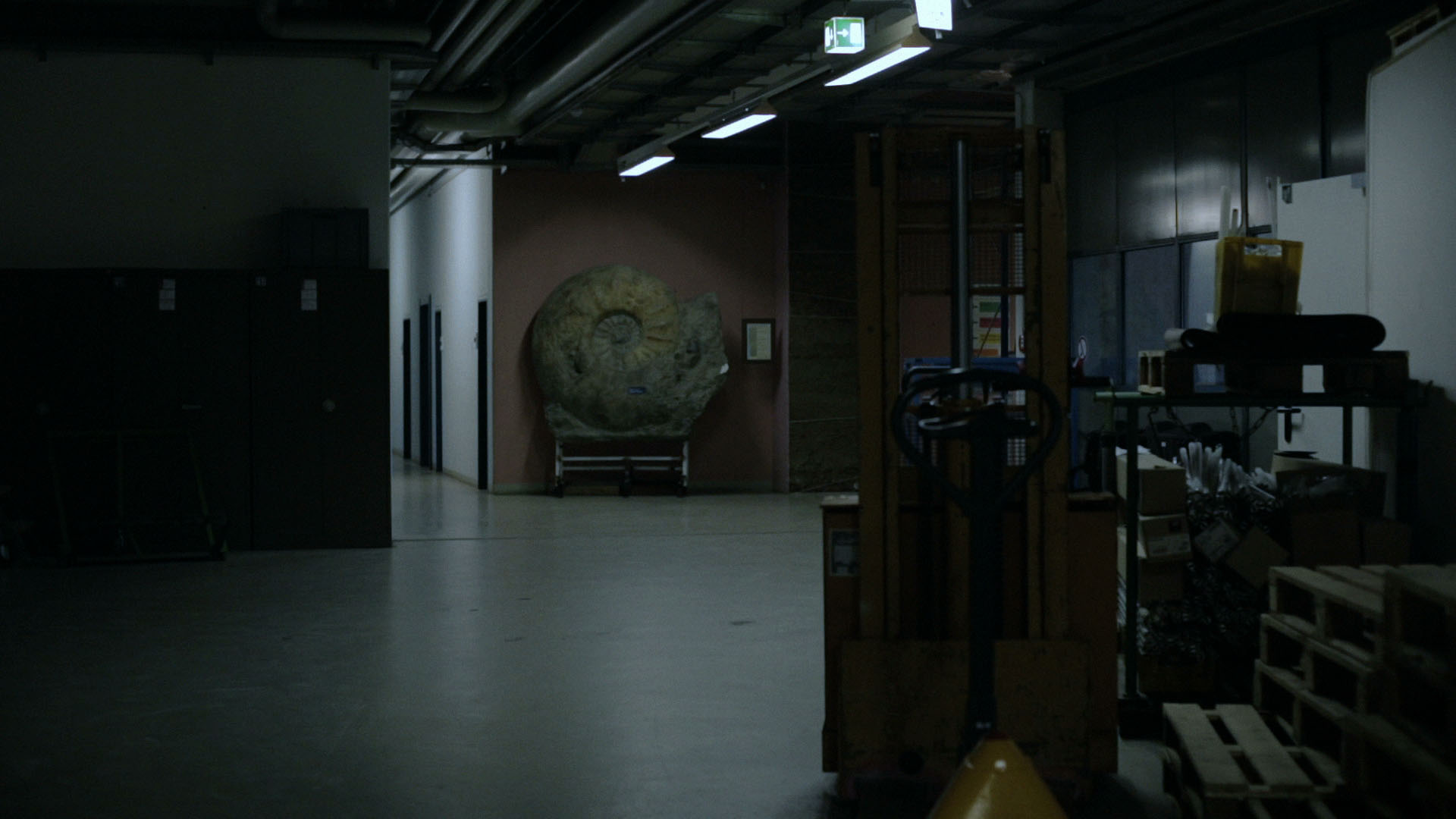 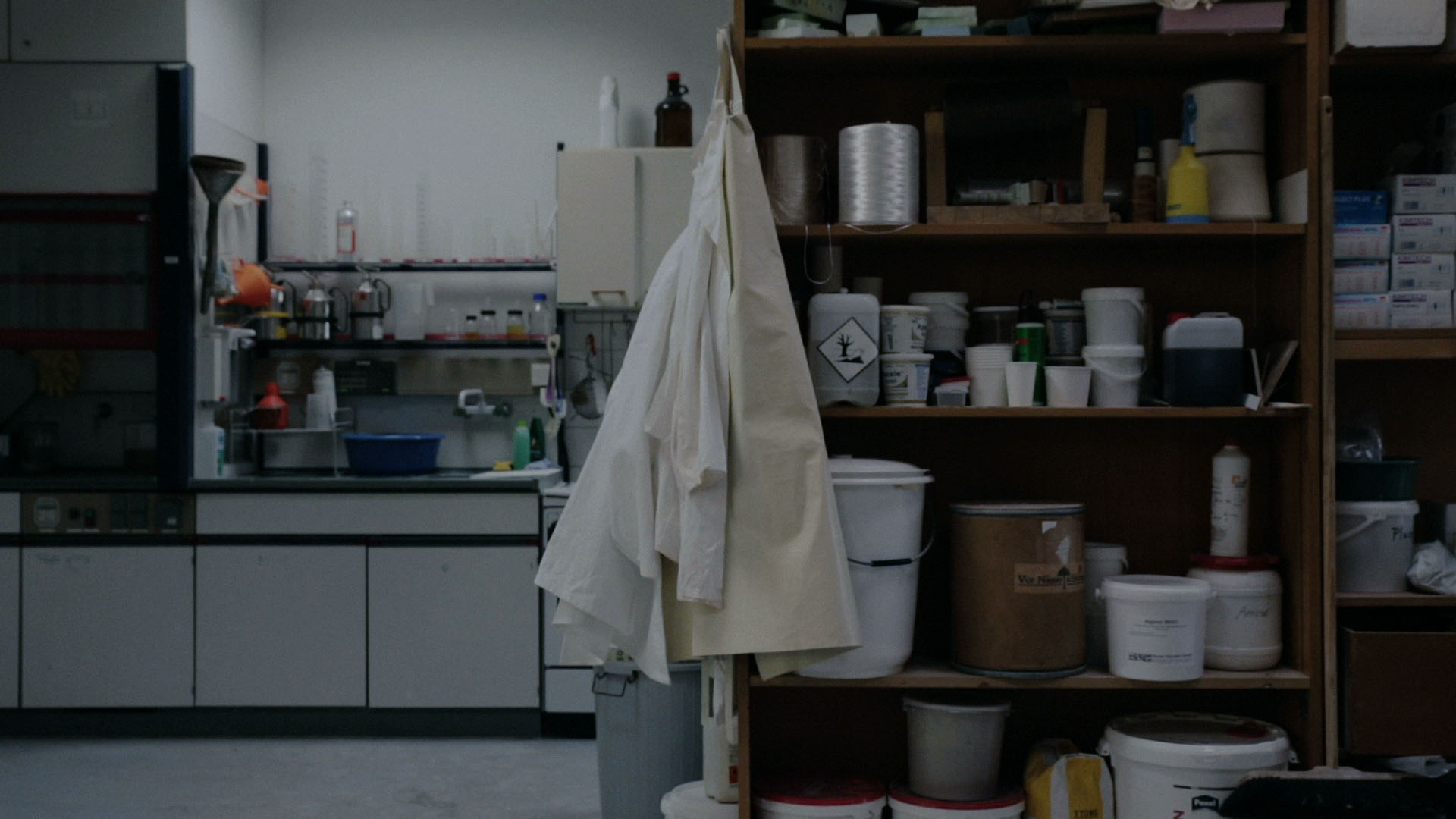 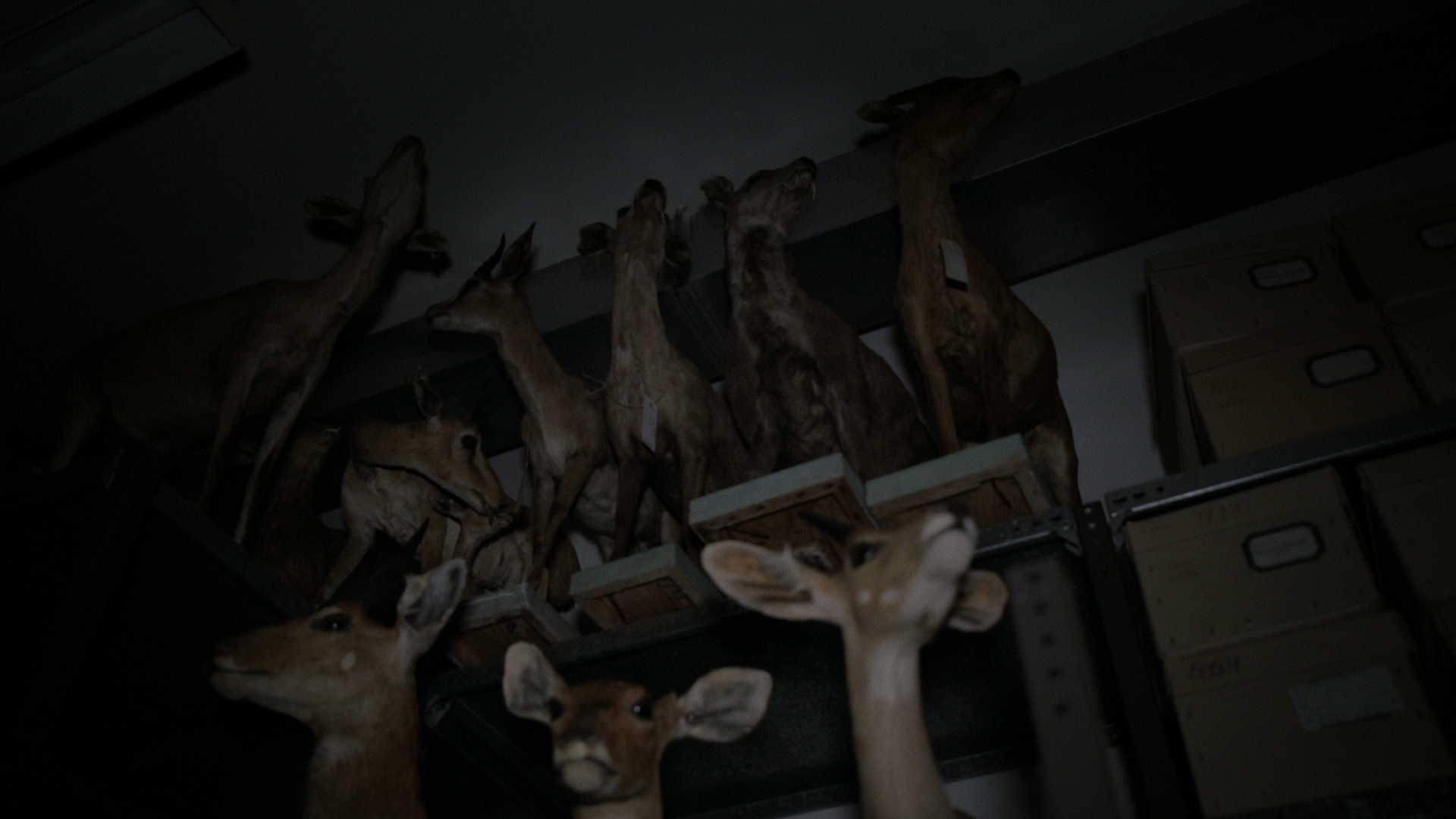